Andrea North of New Auburn is trying to change the way people think about and use social media.
“There’s a lot of negativity out there,” she said. Unfortunately, that negativity can spread very fast. From cyberbullying to violent videos, parents, kids and educators encounter a maze of dangerous content lurking on the screen of every smartphone, tablet, and computer.

But it doesn’t have to be that way, North said. Not everything on the internet is bad and social media can be a force for good, too, and everybody can help.

Tuesday, North was explaining just that to middle and high school students in New Auburn. She gave two presentations on how, and why, kids can use the media they consume every day to help each other out.

The first group of students was from the middle school and the second from the high school.

“It’s all about making kindness go viral,” North said. “They have the power to make a difference.”

After sitting in on the first presentation, New Auburn Superintendent Brian Henning said he couldn’t agree more with North’s message. 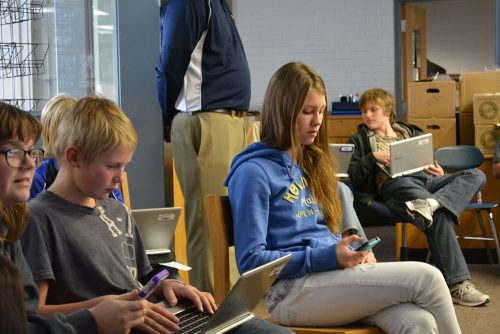 Students utilize technology every day. Let’s encourage them to spread a little #kindness while online.

“It couldn’t get more pertinent than that,” he said. “(Social media) is the number one thing kids are plugged into.”

North said that by teaching kids to put their online energy into positive things, parents and educators can help make a generation of good online citizens.

She even gave the kids a “kindness challenge.” She asked them to try to post one positive thing on social media every day.

But North’s focus doesn’t stop with just the students. She has also founded #SocialSchool4EDU, a business that aims to help rural schools make the most of social media.

“I focus on giving the school the knowledge and power to tell their story,” North said.
As a mother of two school-age children, North understand how parents don’t always know what’s going on in their kids classrooms. She said that even when she asks her kids she doesn’t find out much.

“The answer is usually ‘nothing’ or ‘I don’t remember,” she said. But schools can use Facebook to keep parents in the loop.

“If I can see pictures of my daughter doing fun activities in science class, then I know what’s going on,” she said. 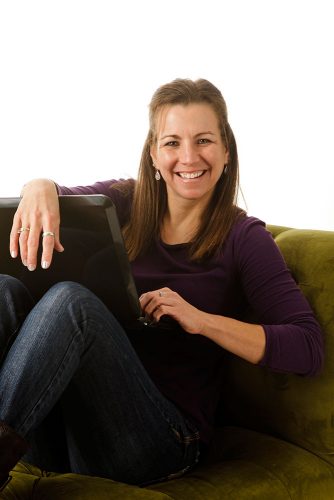 Before North came along, the school district’s presence on social media was practically nonexistent, Henning said. Keeping that kind of thing up to date is difficult at a school with a small staff.

“We just didn’t have anybody in house to give that venture too,” he said.

“That’s been the single most positive thing we’ve done in a few years,” Henning said. Now parents can stay more connected and so can the school’s alumni that are spread all over the country.

Those things weren’t so easy before.

“The days of newsletters and websites are becoming outdated,” he said.

North is also conducting a training session for 11 different schools on Dec. 2 in Rice Lake.