It’s that time of year. The presidential election is just weeks away. Of course, that is big news, but if you are involved with a school referendum, I’m betting that is keeping you up at night.

I know I’m thinking about it! The team at #SocialSchool4EDU is serving two districts that are going to vote on the 8th of November. Social media can play a big role, but the school can only do so much to help promote the election outcome. The school cannot urge voters to vote yes. They can simply inform. If you are concerned about the rules for your school board and staff regarding what you can and can’t do, here is a helpful article.

While the school is limited, the community is not. Creating a “Vote Yes” committee is key to help inform, persuade and ultimately get people to the polls to place their vote. I recently sat down with Michelle Seets, campaign manager for the Minnetonka, MN School District 2015 fall referendum. I was thoroughly impressed by the presentation she and others from the district shared at the NSPRA convention this July.

Here are some of the main points broken down by Michelle herself:

How was the group created?

The district leadership helped identify me as the chair for the committee. I was well connected in the community with a strong support for the school. Once I accepted the role as campaign manager, the first step was putting together a list of needed team members. The most important role that we needed to fill was that of the treasurer. This person needed to have very high integrity along with being influential in the community.

Once the list of team members was assembled, the second step was to identify the demographics that were needed on the team. Some things to consider were:

Once those two steps were completed, I started networking to fill the team. I talked to a lot of people face to face, along with phone calls (e-mails do NOT work). This took a lot of time. It usually was a 20-minute phone call if the person was aware of the referendum and 40 minutes if not.

When did the group start forming?

The vote ended up being in November of 2015, and our group started forming in May of that year―so about six months prior to the vote. We didn’t know that at the time though. We only knew that the referendum question could be going to ballot sometime in the next three years. We started meeting in July and always acted as if the vote would be in November, but that was not confirmed until the end of August.

You had staff on the committee; how did that work?

Our meetings were before school. We had to have the meetings off-site, so a local bank donated a meeting room for us to use. We met at 7:00 am so it avoided core working hours for the staff. That is essential. Teachers cannot be on the clock when they are working for a Vote Yes committee.

How did you fund your efforts?

It was based 100% on donations. We received large donations from each school’s PTO or PTA groups. We also received donations from the teachers union and individual contributors. If anyone gave $100 or more, their name had to be disclosed publicly. Some donors didn’t mind having their names shared, while others made sure to donate just $99. We raised nearly $30,000. Those funds went towards our marketing materials. We mostly spent it on mailers. We also had a professional video made and developed a website. 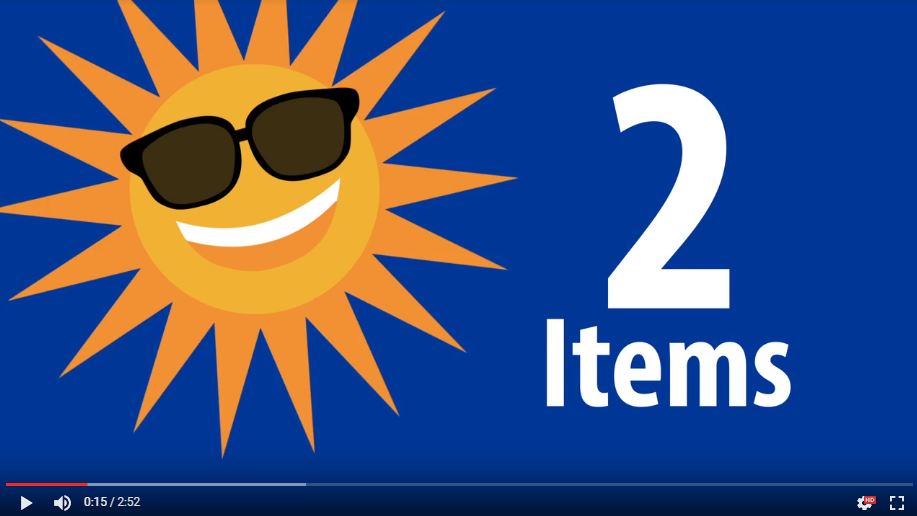 What was your main objective (besides getting the vote to pass)?

We had two objectives.

How did you identify yes voters?

We utilized a call center to make initial calls. We recorded whether the respondent was for, against, or undecided. If they were undecided after a brief discussion, then we assumed that they were a no. You also must assume that an uninformed voter would vote no. If they don’t know what is planned, then they are highly unlikely to say they want to spend more money on it.

Did you utilize any resources to help?

This was my first campaign for a school, so I relied heavily on a resource provided by NSPRA. Election Success: Proven strategies for public finance campaigns. This was an instrumental road map to define our roles, establish the activities we needed to complete, and ensure we were doing things the right way.

Some of the items that we then created based on this resource were postcards and letters. We did a lot of coffee meetings and provided detailed guides to our committees on what was expected of them for these events. 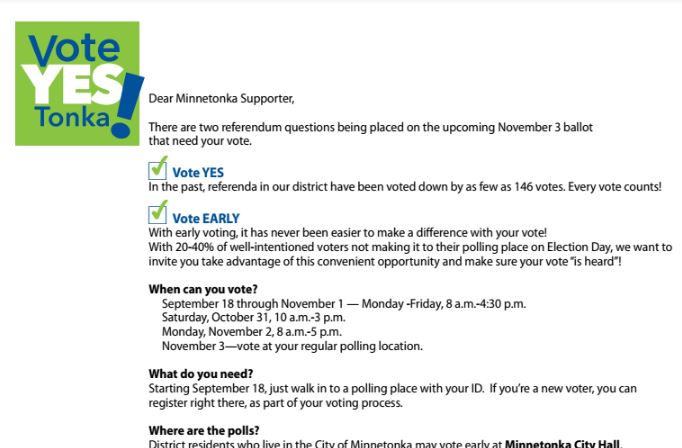 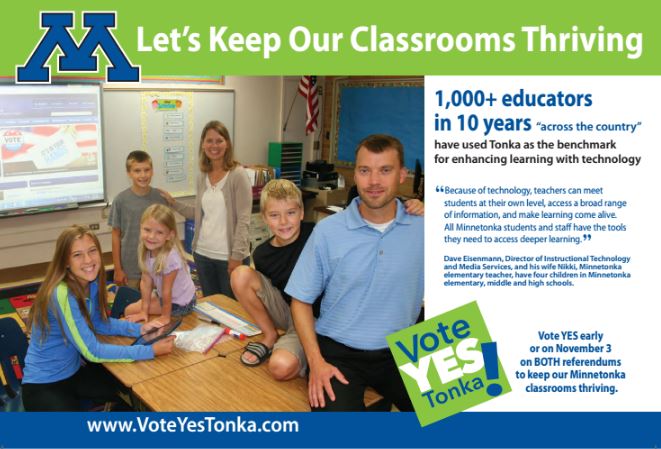 What role did social media play?

In-person discussion was definitely the best, but social media was important. Studies show that you need to have seven to twelve touches of information before a person will actually go to the polls. With Twitter and Facebook, reaching that number is much easier. We had a lot of success in reaching parents through these channels. Facebook was effective because of the number of shares we would get.

Social media didn’t just focus on voting yes either. We made sure to share a lot of success stories about our students. It always comes back to them. Awards, recognitions, alumni success stories—they all played a role. Another helpful strategy was our “Tonka Vote Yes” social media profile image. We urged all supporters of the referendum to temporarily change their Facebook profile to this image. 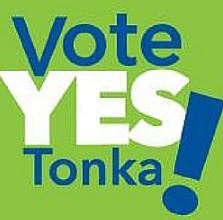 In hindsight, what would you change?

Not much! We won with a 72% majority. That is a landslide win in terms of referendum approval.
But truthfully, looking back I would have started earlier. It was a lot of work crammed into a few months, and it would have been better to have started actually meeting as a committee in May (we started meeting in July).

I also would have created a smaller committee. We had 35 members. I did end up identifying a core group of five people as we worked together, but it would have been better to have that group earlier. I was just getting to know everyone though, so that is tough.

What advice do you have for others going to vote?

My best advice would be:

Amazing insight, Michelle. If your district has had successful campaigns, what valuable advice can you provide? Comment below; we’d love to hear it!

And if you thought this article was helpful, stay connected with us by signing up for our free weekly newsletter.

20 Calls to Action to Drive Engagement on Social Media

Engaging social media posts reach more people and connect your communities and schools. But if you want people to engage with your content, you have to ASK them to do it!

This free guide includes 20 excellent calls to action that you can copy-and-paste to use on your school accounts. Hit the easy button with social media engagement and download now!