Facebook Algorithm 101 for Schools: What is it and How Does it Work?

Brenda manages the social media channels for Proctor Public Schools in Minnesota. What an awesome job! She recently posted this cool video of junior, Brett, playing the button box on Facebook.

Brett Borg on the Button Box
Brett, a junior at Proctor High School, started playing at the age of 4. Tune in until the end, where he shares more details on the instrument he is playing.
Let’s give him a shout out below for his amazing talent! #RailStrong
Posted by Proctor Public Schools on Thursday, December 22, 2016

It reached over 7,000 people on a page with only 1,100 likes. It had over 30 shares and 21 comments. More than 150 people took the time to push the like or love button on the post—a huge story showcasing the student.

But earlier in the week, Brenda shared a great story about Mrs. Hughes being awarded the Irving Foundation Innovation Award. This post only reached 441 people on Facebook. Why such a difference when the school has over 1,100 fans? Shouldn’t it at least reach all of those people?
The answer is no. Every post you share won’t reach all of your fans.

Simply put, the Facebook algorithm is a complicated set of rules that controls what people see on their newsfeeds. Its goal is to deliver the pictures, videos, and updates that you want to see. 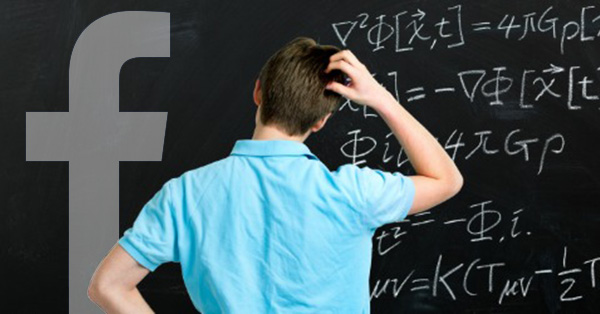 And by “you,” I mean you by name! Mark Zuckerberg terms it the “perfect personalized newspaper.” There are over 1.5 billion users, and the newsfeed stream is different for each of those people!

Each time you open Facebook, it scans and collects everything posted in the past week by your friends, everyone you follow, each group you belong to, and every Facebook page you’ve liked. This could mean over 10,000 posts. The algorithm then springs into action, ranking them all in an order of what it believes you will find most worthwhile.

The exact formula of the algorithm is constantly being updated by Facebook engineers. Some have said that over 100,000 factors go into the ranking calculation, and it is growing each week.