From “Inconsistent and Haphazard” to “Celebratory and Tremendous”: How Wabasha-Kellogg School District Transformed Its Social Media!

Jim Freihammer has a lot on his plate as the superintendent of a rural Minnesota school district. One of his many responsibilities during the pandemic was keeping the school social media page active – and this meant coordinating eight different people who had access to the page!

“We had streaks of greatness but overall it was haphazard and had inconsistent messaging,” said Jim.

His biggest frustration is that classroom learning rarely made an appearance in the photos shared online.

“School is all about learning – let’s show students learning!” he said.

Jim remembered meeting Andrea Gribble after she spoke at the Minnesota School Board Association (MSBA) conference with Mankato Public Schools. Andrea highlighted the relationship #SocialSchool4EDU has with the Mankato schools, so Jim reached out to see if outsourcing social media management was a possibility for Wabasha-Kellogg.

The rest is history! 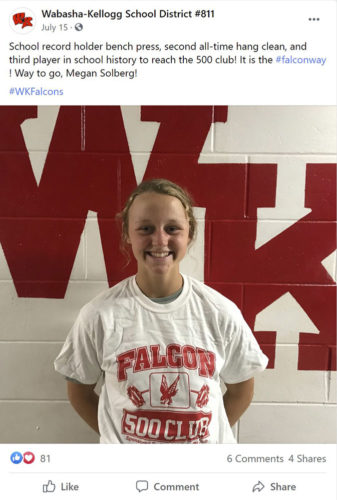 After kicking off the relationship in January 2021, the #SocialSchool4EDU team worked quickly behind-the-scenes to get everything ready for a March 1, 2021 launch date. Thanks to Jim’s effective communication with staff, the #SS4E team hit the ground running and has been celebrating the #WKFalcons story on Facebook, Instagram, and Twitter ever since!

Wabasha-Kellogg School District #811 has around 500 students in its in-person model and another 500 learning online. Jim oversees 120 staff members who he calls “storytellers”, as they all have a hand in curating the great things happening across the district.

Now, Wabasha-Kellogg is using social media “in the way it was intended,” said Jim. He appreciates the celebratory vision that #SocialSchool4EDU brings to the table. Announcements are still shared, but the majority of posts show students learning and participating in other district activities, along with staff features and community highlights.

For example, this post about the Flags of Valor event received great feedback and showcased the strong relationship the district has with its local communities: 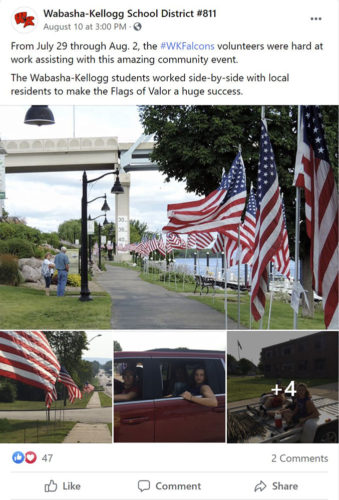 Melissa Traecy works remotely as the Wabasha-Kellogg account manager. Thanks to the streamlined system #SocialSchool4EDU has created, staff members know that they can reach Melissa directly through a designated email address. She cleans up their submissions and posts them on the school’s social media pages.

Jim appreciates the schedule, the consistency, and the professional approach Melissa takes with the staff.

“It’s going really well,” he said. “Melissa will even let us know if we ever hit a lull in content.”

As Jim leads the district into a new school year, he’s looking forward to reminding staff about their role in maintaining a strong social media presence.

“I tell them: ‘You all have the ability to help create and tell our story,’” said Jim.

And when asked how he feels about the overall relationship with #SocialSchool4EDU, Jim had just this to say: “It’s been tremendous!”

To learn more about the Social Media Management service at #SocialSchool4EDU, visit this link. From there, you can schedule a complimentary call with founder Andrea Gribble to see if this system would flourish at your school! 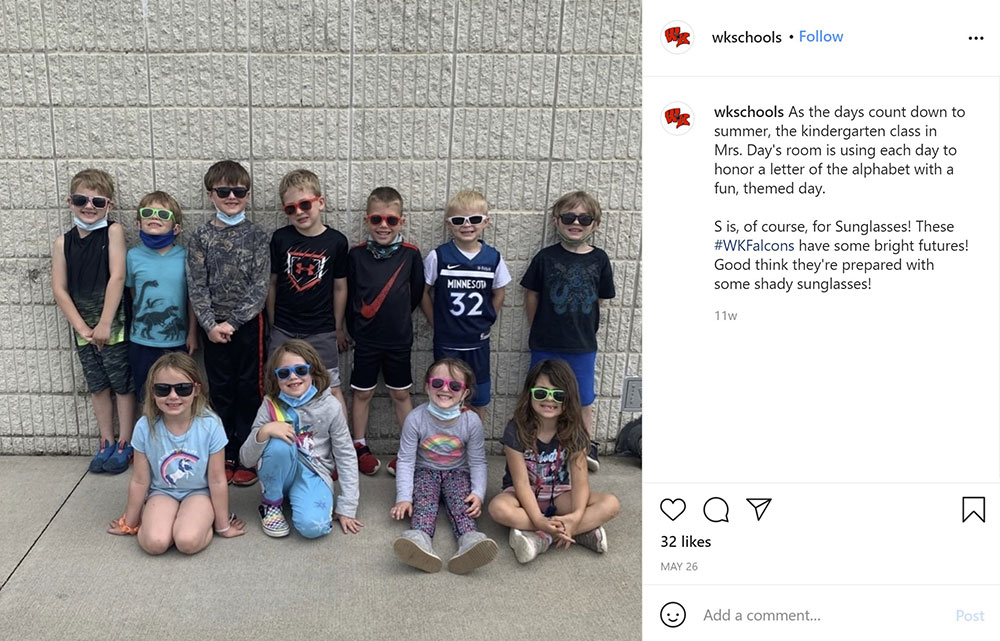